A total of 57 drill holes (8674m) have been completed along the southeast margin of the property boundary at the Nfante West, Nfante Central, and Nfante East Prospects.

At Nfante West, a small resource and pit have been outlined with 28 diamond drill holes (5628m). Mineralization at Nfante West is hosted by pyritic carbonate-sericite schist, along a 200 meter interval of a northeast striking, steep west-dipping fault. A thin band of highly magnetic mafic rocks and sediments forms the footwall to the deposit, and a granitoid underlies these supracrustal rocks.

At Nfante East, 1911 meters of drilling has been completed with 7 diamond drill holes, 1 RC hole and 11 AirCore holes.

Plan Maps of drilling and Cross Sections are shown in the accompanying maps and section views. 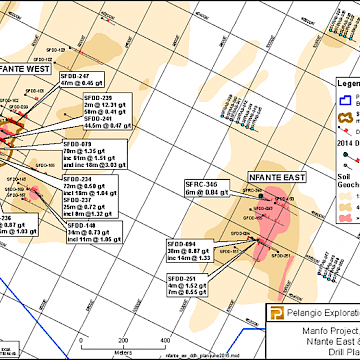 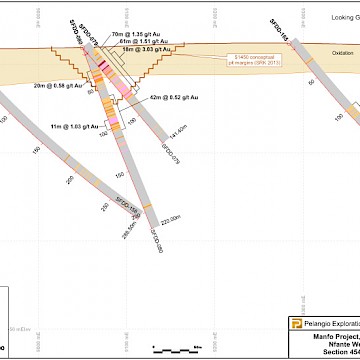 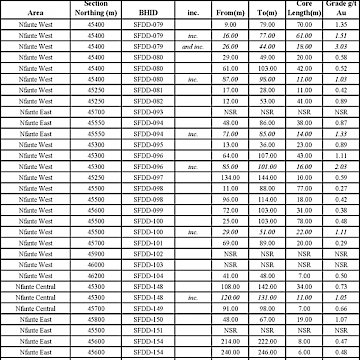