The Manfo property is underlain by metasediments, mafic metavolcanic rocks, and granitoid intrusive bodies. A major northeast trending fault zone or corridor, approximately three kilometres wide, traverses the east side of the property. This fault corridor serves as the regional contact between the greenstone volcano-sedimentary package to the west and a regional belt batholith to the east. Gold mineralization at Manfo is hosted in sericite and hematite altered granitoid rock adjacent to a set of brittle-ductile faults. Within the alteration envelopes, the gold mineralization occurs adjacent to the brittle-ductile faults, and in fracture-controlled zones preferentially developed in certain horizons within the granitoid in the hanging wall of the fault.  Alteration and gold mineralization are closely related to increasing strain. Gold is associated with wide zones of pervasive to fracture-controlled quartz-sericite-carbonate-pyrite alteration overprinting an earlier phase of hematite alteration hosted predominantly in sheared and locally brecciated, altered granitoid rocks and to a lesser extent brecciated hematite-altered mafic metavolcanic rocks.

Pelangio has drilled a total of 339 exploration and resource delineation holes totalling 45,571 metres. Seven gold-mineralized areas have been identified to date, primarily along a prominent 9-kilometre long soil geochemical trend, on the eastern side of the project. The maiden gold resource at the Manfo project is contained within three deposits:

Pelangio’s technical team defined wireframes for the altered envelopes and submitted them to SRK for optimization using alteration profiles and lithological coding of drilling data. SRK considers portions of the Manfo gold mineralization amenable for open pit extraction. The “reasonable prospects for eventual economic extraction” were assessed using a pit optimizer. The mineral resources for the Manfo gold project are reported at two cut-off grades. The mineral resources within the oxide material are reported at a cut-off of 0.40 gram of gold per tonne (gpt gold), whereas the transitional and fresh portion of mineral resources are reported at a cut-off grade of 0.50 gpt gold, and a gold grade of US$1,450 per ounce was used in the estimation. The mineral resources were classified as Indicated and Inferred, primarily based on the basis of continuity at the reporting cut-off grade, positive kriging efficiency, situation within the conceptual pit envelope used to constrain the mineral resources and on variography results. Several mineralized zones remain open down dip beyond the limits of the conceptualized pits and the resource envelopes are open down plunge, providing an opportunity for resource growth with further drilling and demonstrated extensions of the mineralized zones, plus utilization of a higher gold price for the pit optimization and resource estimation.

This first resource statement for Manfo constitutes an important milestone in the long-term exploration strategy for Pelangio's gold properties in Ghana.

*Mineral resources are not mineral reserves and do not have a demonstrated economic viability. All figures have been rounded to reflect the relative accuracy of the estimates. The cut‐off grades are based on a gold price of US$1,450 per ounce and metallurgical recovery of 94 percent for oxide, and 86 percent for fresh and transitional material. Mineral resources are reported in relation to an elevation determined from optimized pit shells. All composites have been capped where appropriate. 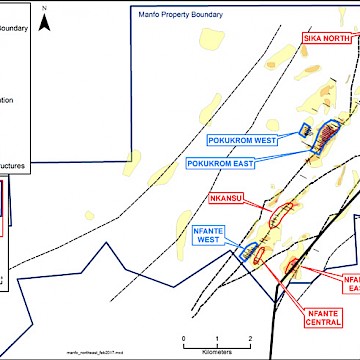 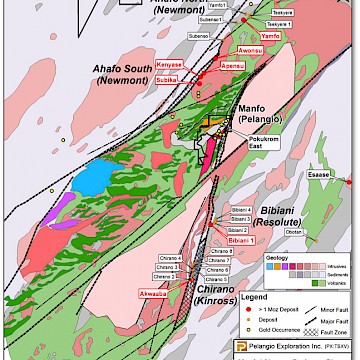 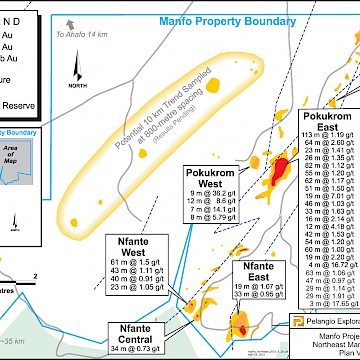 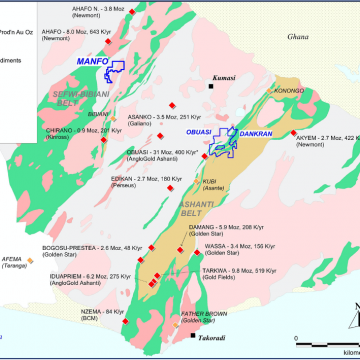 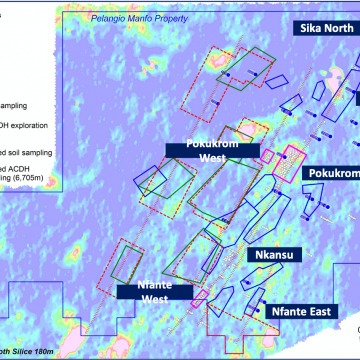 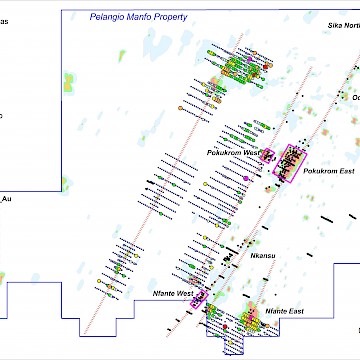 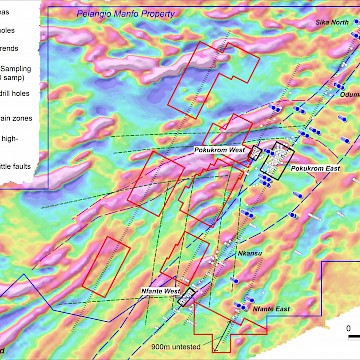 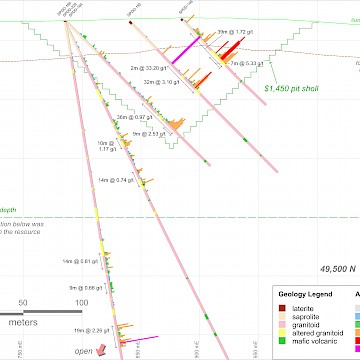 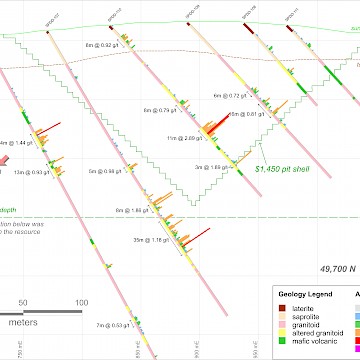 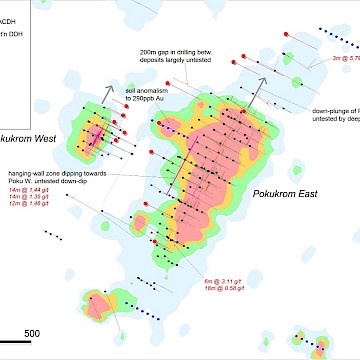 Manfo – New Opportunities, Potential for Expansion of the Current Resource at Manfo 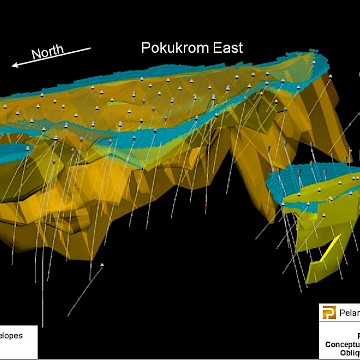 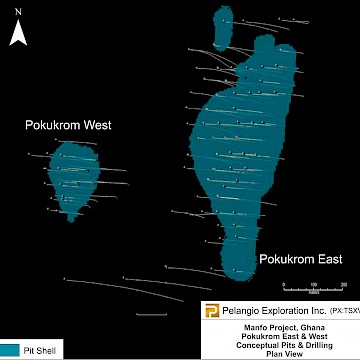 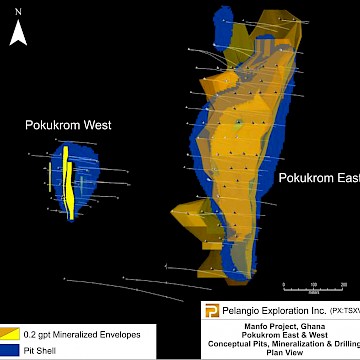 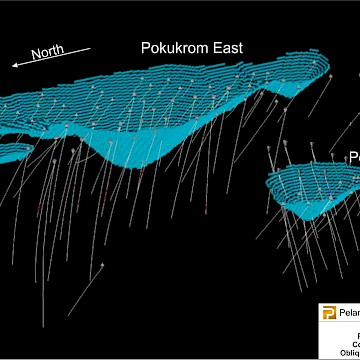 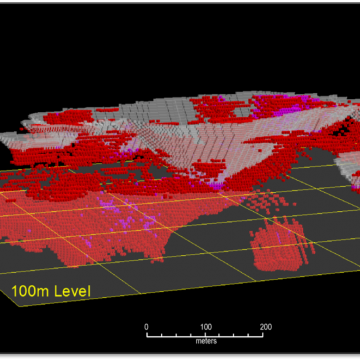